That fateful, hateful moment is here. Oculus is now Facebook.

Yeah, I’m pissed off. And on the face of it, I’m being unreasonably angry.

Hey, I know. It was obvious all along, right? Oculus really is just Facebook by another brand, has been for years. Expecting Oculus not to use a Facebook ID to log in to your developer account, or have access to multiplayer, is just plain crazy talk. Why so serious, Tim?

Except it wasn’t always that way.

Let’s go on a quick Trip down Memory Lane, and look at what the world of VR was like when I first got properly interested. Maybe that’ll explain some of the (I believe justified) horror at the moment finally arriving. Buckle in!

Oculus Rift - the first one.

In 2012, There was a Kickstarter for a device called the Oculus Rift. A lot of the good folks at BossAlien were, at the time, super-stoked with the idea of actually playing around with a proper VR headset.

So, we backed the Kickstarter (to the tune of four headsets in total, if I recall correctly), sat back, and waited. Around the end of August 2012, monies were taken from accounts, grins were fixed in huge smiles, and we all sat back and waited a little more.

But not too long, by Kickstarter standards - because on March 29th, 2013, the Devkits started shipping. That’s the Oculus Rift DK1, to anyone in the 2020s - but of course at the time, like those in the Great War - there was only one.

and it was INCREDIBLE. 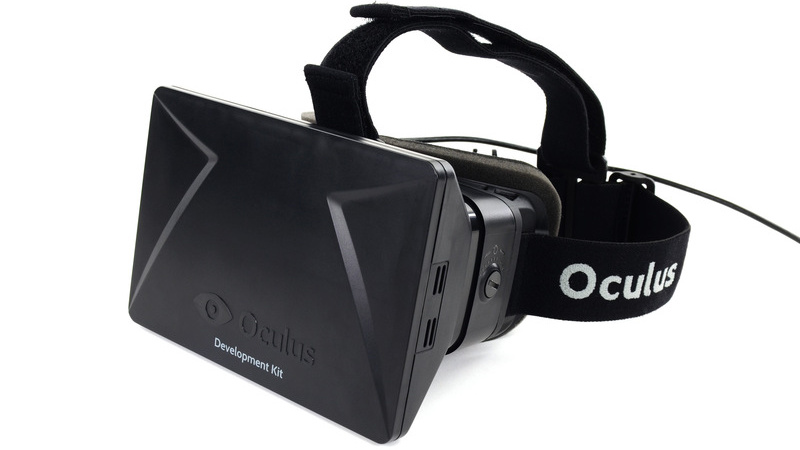 640*800 per eye resolution. 3DOF tracking. Looks like a brick under non-linear transformation.

The best thing, though?

It worked. It actually worked. It was a VR headset, it cost under $400 per unit, it did the stereo display thing, and you could write software that would actually run on it.

Sure, it wasn’t 6DOF. There were no controllers (unless/until you plumped for hydras, which were also INCREDIBLE).

And the day those devkits arrived was the day I realised that VR was actually going to happen (soon) and it was going to be awesome. Because up until that point, it had all been personal science fiction - but it was now actually science fact. And I had one of them, sitting in my lap.

2012 and 2013 were hella years for me, btw - I’m having to look this stuff up, because more important things than this were making the daily rounds, but looking back on it, it’s pretty pivotal none-the-less.

This is truly the stuff that dreams are made of, because while the functionality of that headset was terribad in just about every way that mattered (FOV, framerate, tracking, input, latency, pipeline, platform support, controllers, ergonomics, oh my god the list is so long …) It gave everyone a reference point and said “go.” And all of those points have since been addressed, in spades, in under a decade.

Crucially though - it had been financed by US. It almost felt as though it had been built by US. The collective US that backed the kickstarter. WE, the people of VR-land. The ones who dreamed, and took a punt, and got lucky.

And then 2014 happened. Two things in VERY quick succession, in fact.

Now at this point, every right minded person is recoiling, but still horribly, passionately interested into getting their hands on a DK2. Because WE MADE IT, yah hear? it was OURS. But Facebook was buying it out from under us.

And if memory serves me, we didn’t need to put in any more money at this point - we were going to get a DK2 at some point, Facebook was about to drop a metric ton of cash into Oculus, Abrash was about to join …

So what do you do? Do you sit tight and get a DK2, or do you take a moral position of “Facebook is a creeping literal evil, helmed by an amoral billionaire who enjoys selling the secrets of children to the sandman - so I’m out” ?

This is a proper question, by the way. What would you do?

Because I sucked down my moral position, waited for my DK2, told people that this (inevitable) day would come and we would all regret it, and then moved on as a staunch Oculus supporter. Oculus - NOT Facebook. Never Facebook. because regardless of the money, WE had made this happen, and Oculus was OURS.

And the DK2 arrived. 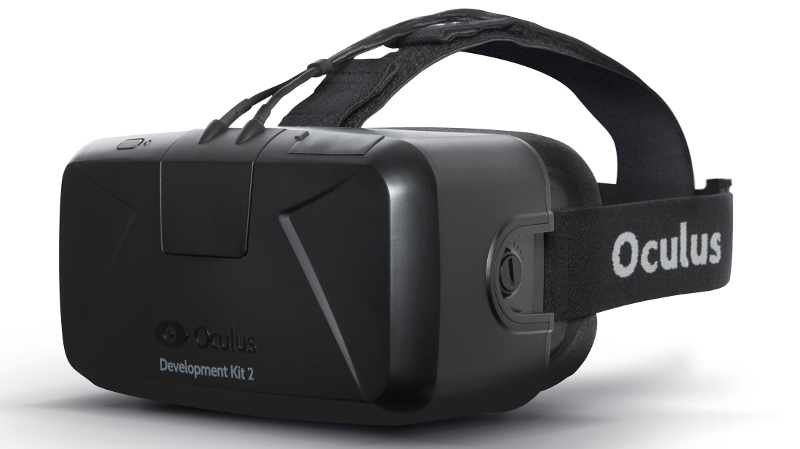 And it was INCREDIBLE.

And then Elite Dangerous came out, and it worked on the DK2, and oh my noodly stars what the hell is this am I actually living in the future and flying a spaceship? spaceship spaceship SPACESHIP

Yes, I’m actually flying a spaceship. I’m sitting here at my desk, with a borrowed HOTAS, piloting a spaceship out of a space station with a docking slot that’s impossibly far above my head. I can feel the ice forming on the windshield in front of me, and the lure of the dark is pulling me. I engage hyperspace, and arrive with a visceral kick, right beside an enormous blue giant star. Warnings scream.

Someone taps me on the shoulder, and asks if they can have a go.

These moments, lost in time like tears in rain. And it was still only 2014.

It’s very easy to ignore the creeping literal evil when it’s not actively eating your face.

Many things have happened in the intervening six years. Life has moved on for all of us. Brexit, Trump, COVID-19. The Valve Index. PSVR. The Oculus Quest. Facebook hiring some of the best people in the world, and pouring literally hundreds of millions of dollars into VR research and products. The Rift, becoming an actual product (CV1 for those who had been riding the train all along) which was INCREDIBLE, before it became “just ok” comparatively, before it became an EBay collector’s item.

But let’s not forget, behind all of this, the political machinations of the rich elite have continued to twist our lives (for better or worse). And certainly since 2014, Facebook, under the guidance of Mr Zuckerberg, has actively played a critical role in nearly every life on the planet.

Capturing your thoughts, messages, photographs, videos. Your children and your friends. Your ephemeral connections to everyone you know, and the world around you.

And then selling that shit to whoever pays the most, especially people with an agenda for change, like Cambridge Analytica. But if they can’t find those people, then why not just sell into the product market to make sure you keep on participating in the economy like a good little consumer.

I know, Facebook isn’t the only one doing this. But it’s certainly in the bad group. It’s up there. It’s active.

Then, consider that a VR device isn’t a text message, or a photo. It’s a virtual everything that consumes and surrounds you, like the goddamn force except real. And the device you’re interacting with can track you. How you move. How you talk. Your reaction times. Your environment. Which finger you twitch first when you’re being offended. This data is incredibly valuable, and currently no-one is selling it wholesale. Yet.

And we’re finally at the point where my Oculus account is required to become a Facebook account, and I have to actively make the choice to re-enter the Facebook ecosystem to be able to continue to making the content I want to make. And if I make that content, I’m actively recommending that the users of the content engage, and participate in, that same ecosystem.

Am I angry? You bet. Am I complicit? Of course.

Do I have a choice?

Now there’s a question for you.